I just received a new Lexar 64GB Pro Micro SDXC card UHS-II (1000X) from B & H. I popped it into my Phantom 4 Pro, and I got an SD Card Error message. No more details seemed to be available. The card appeared to be preformatted OK on my Windows PC. What's the problem? Should I send the card back?

Try formatting as eXFAT file system on the PC (or format in the AC if it will let you). Can the PC recognise the card? Are you able to write a file to it?

That card is much more than fast enough.
The P4pro can be a little more fussy than previous models.
There are some cards it just doesn't like.
Toggle signature
See my aerial portfolio at http://abovephotos.smugmug.com/AP/

This is pretty much the fastest card I've ever seen, or so I thought. It also has a second set of contacts, which is something I had never seen in a card before! After having just opened the package, the PC had a hard time even recognizing the card. I mean, it didn't even show up as a device in the file browser. But after a few tries, it showed up as blank with exfat formatting. I then just ejected it and tried it on the quad again. No luck. The PC still had a hard time recognizing it.

This reminds me of one of my Samsung EVO cards. My P3A wouldn't recognize it even though it was supposedly formatted. So I reformatted it and it worked fine.
M

Just tried the card in the aircraft. No go. Can't format it in the aircraft either. Am returning. What about SanDisk Extreme or Extreme Plus? Usable?

Any card that meets class 10 or UHS 1 spec (15MB/s sustainable write speed) should work as per DJI spec. While they are raved about i wouldn't buy Sandisk, I have had three of their high spec cards fail.
M

Thanks, but oops, I just ordered a SanDisk Extreme Plus! Oh well, let's hope it works. Lexar didn't come through for me!

Mo of Pocatello said:
Just tried the card in the aircraft. No go. Can't format it in the aircraft either. Am returning. What about SanDisk Extreme or Extreme Plus? Usable?
Click to expand...

I use the Sandisk extreme pro, 128gb in my P4P, with no issues! If your PC can't format, why would you think your AC can?
E 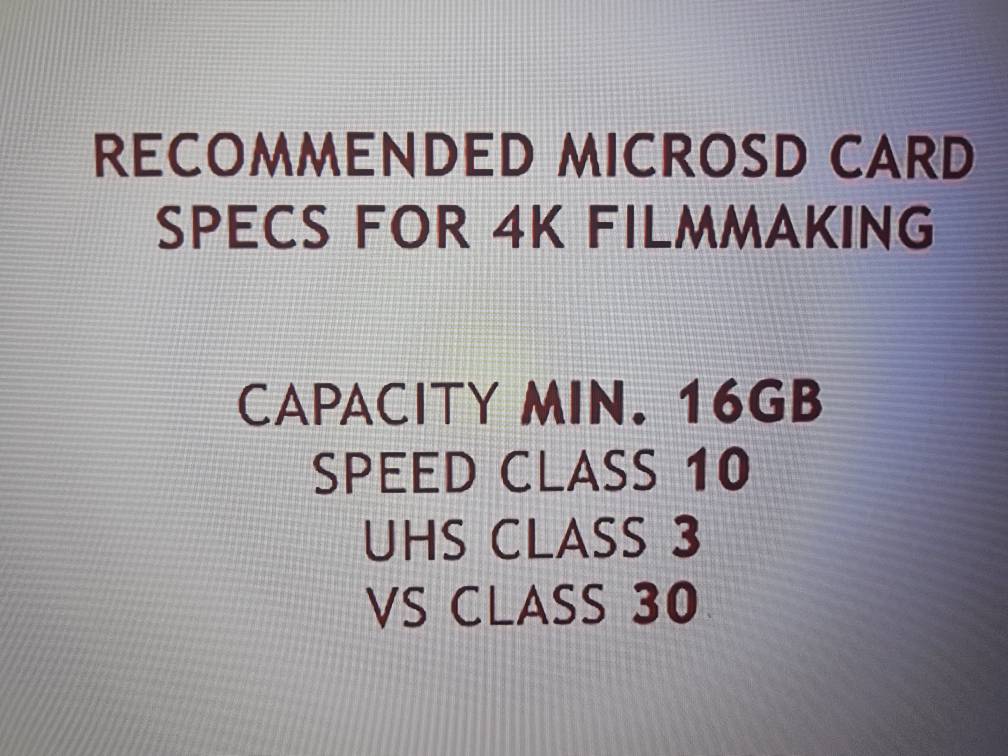