Hey guys i have found a few older posts on here but hoping for an update, I am looking into buying the DJI Phantom 4 Pro + the only thing stopping me is trying to get a ball park answer of how long one of these drones will last if cared for (crash free, cleaned after each flight, stored in a warm dry place) a few forums i have found online say that you can expect roughly only 6 months to a year or something like 200 hrs before you will most likely have to start putting a bunch of money into the drone or before it will need to be replaced. is there any truth to that? The drone costs $2430 in Canadian dollars so i would kind of expect something like that should last 5+ years at least if looked after is that a crazy expectation? How long have you had your drones for and how many hours of flight before major work is needed. any insight would be much appreciated!
Reactions: embayweather

I think that it's not true, actually, it's half true.. since it will depend on how you fly your bird. If you fly nicely, it gonna "probably" will last more.
Reactions: islandguy1

No truth to that at all IMHO, batteries are a consumable over time, but I have about 100 hours on mine and flies like new. Perhaps in time motors could wear out but that should be many many hours away.
Reactions: islandguy1

If it is on the web, it must be true.

islandguy1 said:
a few forums i have found online say that you can expect roughly only 6 months to a year or something like 200 hrs before you will most likely have to start putting a bunch of money into the drone or before it will need to be replaced.
Click to expand...

This is false, depending on your definition of "bunch of money". A flight battery will likely wear out in 200hrs of flight, but that's easily replaceable. Is $170 a "bunch of money". Generally speaking the craft will be good much longer than 6mos if you don't crash. However, there may be some maintenance to do, depending on how rough you fly, such as speed, wind, S mode, jerky flight navigation, etc. The body is the most likely part to give you issues after a year or two. Many have developed shell cracks after a year, sometimes sooner. You can either glue the crack or simply replace (higher cost) the shell ($50). Motors rarely fail, but if they do they cost about $28/ea. The odds are you'll crash first from pilot error so you won't have to worry about wearing it out, per se.

If you are that concerned about cost, you may have the wrong hobby. IMO, if you can't afford to replace the drone when you crash, then you likely have the wrong hobby. For most pilots, it's not a matter of "if you will crash", it's a matter of "when you will crash". You will read about pilots losing their entire craft all the time, 95% of the time from pilot error, and they often never find the craft, usually because of rough terrain or water landings. So the goal is to be careful not to crash or lose your craft too soon, so you can make enough money or get enough pleasure from the craft to justify the cost of losing the craft. If you can do that, and be OK losing it, you have the right hobby.

I need a new fix, waiting for a P5 or Mavic2 . It's been almost a year since I've given DJI some of my money. I'm doing better at waiting for the good stuff. There are no WiFi drones in my future. 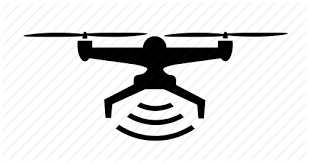 Not a single issue. No stress cracks, no motor failures, no camera issues.

I will note one thing. The spring load on the quick release props is starting to stick on 2 of my arms. It isn't as smooth as it used to be.
Toggle signature
UAS Business Owner
Part 107 Certified Remote Pilot
Multiple Airspace Authorizations & Waivers
Reactions: RobertJ, Tomas Wangen, islandguy1 and 1 other person
L

Seven posts down is a pilot asking how many miles people have gone so far on their drones. Lots over 2000 miles with very few problems. Whole some of DJI drones are expensive, compared to RC planes and heli’s, is really expensive when you add up the crafts, upkeep, fuel, crashes, etc. I finally had to get out of it, I had no one around me to learn how to fly right, and crashed plane after plane.
Reactions: HighTechPauper and islandguy1
I

thanks everyone for the clarity ! I definitely plan on buying the phantom 4 pro + !
Reactions: HighTechPauper
R

islandguy1 said:
thanks everyone for the clarity ! I definitely plan on buying the phantom 4 pro + !
Click to expand...

I only recently bought the P4P+ having had a little bit of a play with RC aircraft years ago. Started doing semi-pro photography 15 years ago. I've only racked up about 3 hrs of flying and I can tell you that this P4P + takes incredible videos and photos. To achieve the same with a chopper would cost a fortune.
Reactions: HighTechPauper
3

I would consider whether you really need the pro + (plus) with in built screen. I have the plus and I like it but it has its limitations. You cannot install any third party apps on it like Litchi. Also if you own a smart phone or tablet then you can save money by purchasing just the p4pro. Something to really consider.
Reactions: islandguy1 and HighTechPauper

Agreed, even with the latest release which supposedly allows 3rd party, I dont think anyone has gotten Litchi to load AND operate yet
Reactions: islandguy1

Our P4P+ has been worked hard over the past three months, flying almost every early morning and a number of evenings, with no problems so far. Great technology, and we like the integrated Plus screen which is being used in strong South African summer sunshine.
Reactions: Timinator, Blessed77 and HighTechPauper

If anything, the battery might be the only thing that needs to be replaced in a few years.

D
How to hand catch a Phantom 4 Pro?