I am finding my 4 year old P3A batteries aren't getting the flighttime they used to. Battery down to <30% at 12:40 flight time with lots of hovering. Is there a good deal on new batteries? Or must I buy from DJI to be assured decent quality?

You cannot buy new DJI P3 batteries any longer. There are 3rd party batteries available. I recommend FlyHi batteries, they have the best reviews and I can confirm they are as reliable and function exactly the same as DJI batteries.
Reactions: SuffolkD, Jofo17 and Capt KO

PowerExtra is also good. Just buy from a source like Amazon where returns are easy if you get a defective battery.

ok, thanks. Switching to Amazon...

Been using this for a couple of years, no problems, bought in the UK 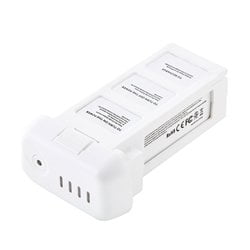 Thanks but that battery cost more than the original from DJI ! Glad to hear it's working out for all this time, which certainly has its own value, but I ended up going with this one for less than half the cost on Amazon. Amazon.com : Mackertop OEM 15.2V 4480mAh LiPo Replacement Battery Compatible with DJI Phantom 3 Professional Phantom 3 Advanced and Phantom 3 Standard 4K Drones : Camera & Photo

Looks identical to the one I bought, but then I suppose it would,

and about the same price.

this is the oem factory refurbished battery I bought this year, no problems at all 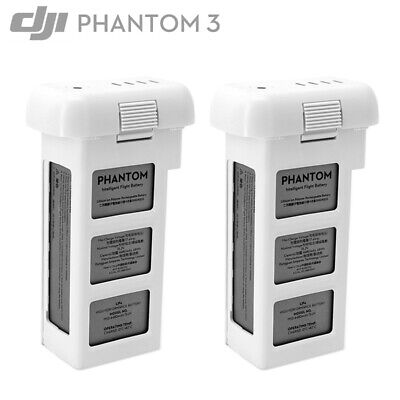 What sort of guarantee dod you get with the "refurbished" battery? Wasn't aware one could refurbish a LiPo as it is a chemical reaction inside the battery and that "wears out" after time? Surely they can't empty and re fill with the electrolyte?

cheddarman said:
What sort of guarantee dod you get with the "refurbished" battery? Wasn't aware one could refurbish a LiPo as it is a chemical reaction inside the battery and that "wears out" after time? Surely they can't empty and re fill with the electrolyte?
Click to expand...

So they replace one duff cell but the other three have already had the usage of the duff one so what sort of guarantee do you get?

Quite understand but I repeat, what guarantee do you give these "refurbished" products? The same as a new one? You can do all the tests you like but the cells are still "old" hence my question about the guarantee as I am also looking for another battery.

I was dubious about buying this battery from B-Sky but before I bought the battery I wrote and asked what if I found there was somethig wrong, they replied no problem we'll replace it but didn't give a time limit, I've had this one for 5 months now and have had no problems with it, I also asked on this forum before I bought it had anybody had any problems with DJI refurbished batteries, nobody had.
my 3 original lipos are all exactly the same as the one I bought including all the writing on the battery
on all my OEM batteries it's stated,, max charge voltage,17.4v, nominal voltage 15.2v.
Model No PH3-4480mAh-15.2 v
I suppose some batteries are old as they don't make them any more but as the blurb said some had been returned hardly used, in fact the one I bought had no charges shown using airdata but this might be because when they refurbish them they wipe out all previous info, I just don't know but bottom line is I'm really happy with the purchase and the price

From your previous comments I thought you were DJI teccer

no nothing to do with DJI, just another old guy like yourself

Only problem with us Old Age Droners is the unavoidable reduction in VLOS distance.

Huh! Recently had a cataract op and went for follow up test last week and the the optometrist was amazed that I could read the bottom Line on the test chart! Apparently only the second person to do that so my VLOS is G O O D