Can someone with better knowledge of the Inspire determine if this decal kit would be mostly correct for the P3?
http://www.amazon.com/Inspire-Sticker-Controller-Aircraft-Stickers/dp/B00SVS81EA

Also, if someone finds a decal kit specifically created for the P3, please post it up!

(Yes, i realize this isn't a needed item, but I would like to have them anyway, mostly for the different camera control buttons.)
L

Nearly, if you ggogle up an image of the P3 controller it is similar but not identical. 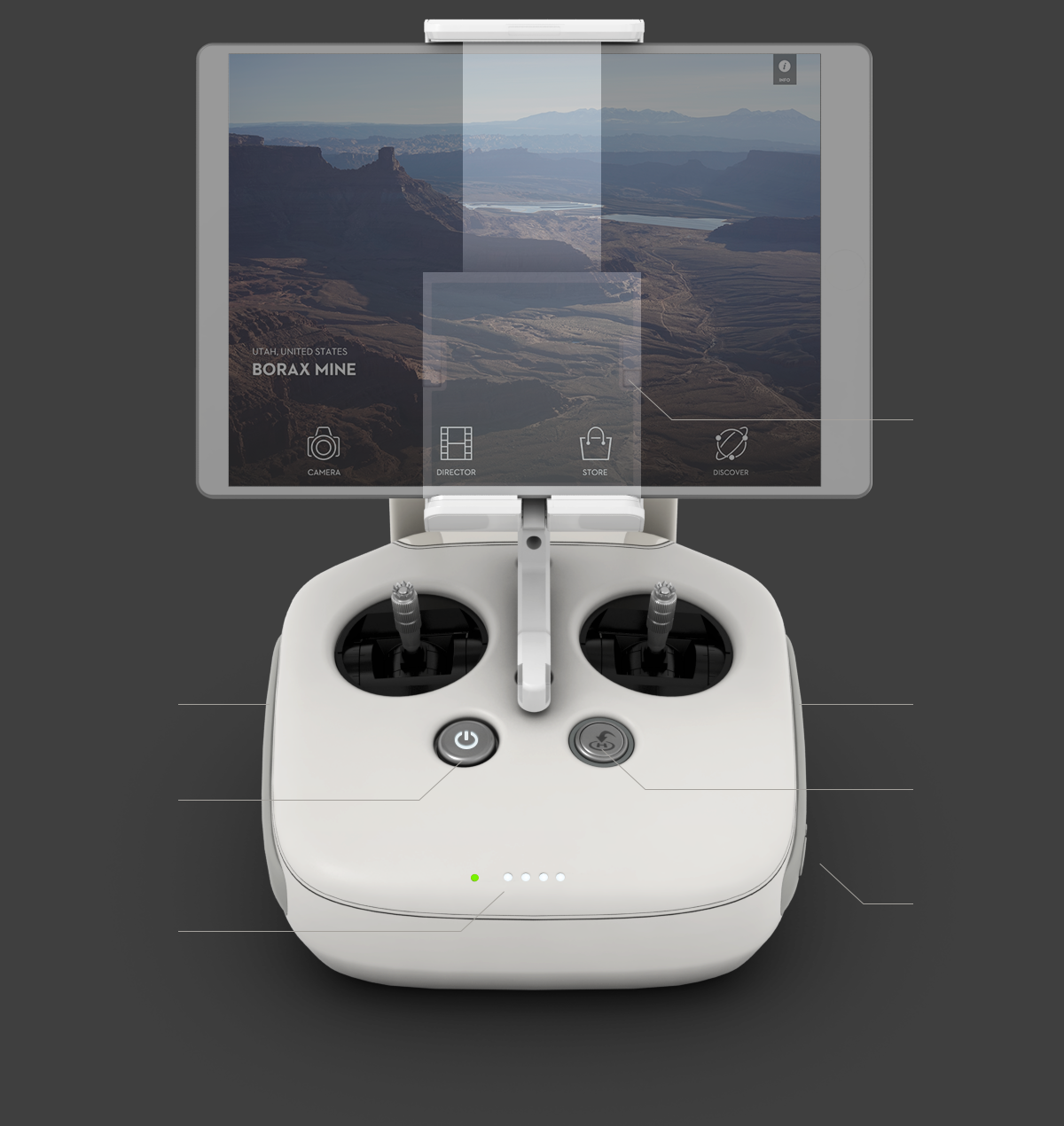 Looks like the Aircraft Control stickers are correct with the ecception of the un-needed land gear op/dn sticker. The Camera Control stickers would be for the slave controller and not needed. I had control stickers on my P2V and they were nice to have while learning, then looked cool later when no longer needed.

I looked at diagrams of both models and the only difference between the externals on the controllers is the Inspire has 2 extra ports on the back, can-buss and HDMI, and the landing gear ring on the RTH button, everything else is the same.

Stickers are fine, but you should not need them to fly. If you find yourself looking at the transmitter your doing something wrong. Learn the controls, it should become second nature. You don't look at your steering wheel, gas or brake pedal when your driving do you?
Reactions: N017RW

I realize this, hence the last sentence of my post. I don't want them for the control sticks at all.

Ordered - and thanks for the heads-up. I shall be teaching my son how to handle the P3 in the coming weeks and a decent set of decal stickers won't go amiss. A quick glance down will answer most of his questions, before they're asked; and the decals can always be removed later, when they are no longer required.
Toggle signature
Phantom 3 Advanced
Phantom Vision 2
Hubsan X 4 Mini
D

I have to agree with this. take the time to learn flight. The drone makes it simple. It took me many crashes to learn to fly a heli and mode 2 carries over. It should become like typing where you don't think, rather do. Use the flight sim if you have to. I understand if you are teaching your son.

My son flies fixed wing aircraft and has done for years, but has no experience whatever of an aerial camera platform like the P3. Whilst the tx controllers have much in common, there is also much about the P3 controller that is new and different. I believe some of the decals will be of considerable assistance. Of course, I could be wrong.
Toggle signature
Phantom 3 Advanced
Phantom Vision 2
Hubsan X 4 Mini

If nothing else, I think they can look nice.
Reactions: AmosMoses

They're surprisingly good. I used them with all my P2s and liked them.
D

oh, something came to mind if you are teaching your son. I have a blade Nano QX. You can buy either the bind and fly or nano with controller. This device is addictive and so much fun. You can fly it in the house without risking any damage to your home or the nano. It has bumpers, where you can hit walls. Props are protected from hitting ceiling. I have flown and crashed mine with no problems. Worth looking into. The premise is the same as flying the phantom. Or heli for that matter. Mode 2.

Hi Delirious,
He has flown pretty much everything, including the little hubsan, and is probably a better operator than I shall ever be. He likes to fly gliders, but has also flown nitro helis, so has pretty much done it all.

But I was with him when, after weeks of building a 1/4 size power glider, just five minutes into the flight he tried a tricky maneuver that ended up in an horrendous crash and the aircraft going him in a bin liner. He was very philosophical about it, assuring me the servos, motor, batteries and the rest could all be used again. Great, I thought, but before you get your hands on my Phantom, you'll have to pry it from my dead fingers.

Built fixed wing and the Phantom are just so different, being like chalk and cheese, the main difference being the Phantom doesn't bounce too well.

And thus the decals. When he's flying my Phantom and wants to know what all the buttons, knobs and slides are for, he'll have the information there in front of him. That way, there will be a much lower chance of him crashing my P3 and me burying him alive in an unmarked grave.
Toggle signature
Phantom 3 Advanced
Phantom Vision 2
Hubsan X 4 Mini
D

I ordered some decals from this place
online called gatorprints.com. They have the Phantom 3 kits and you can customize them too and add text for the controls, etc. I got one of the spacehip ones and put my son's name on it here:
http://gatorprints.com/shop/decals/phantom-3-drone-decal-space-mech-gray/ I agree that people should learn the controls but they are much more complicated then you mention. You only covered half the controls in your analogy. Do you ever look at the gears when you change to make sure you are in reverse or second gear? What about the radio buttons or AC? With the P3 we have up and down, E have the camera button, the video button. We also need to watch the battery, GPS, etc.

I have forward and acend decals only on mine. I want the ability to just quickly glance when thinks get confusing. It's tough to fly, watch the screen and line up those perfect shots all of the time. So yes, learn the sticks but stickers can also help.

Shoot! I'm gonna buy 'em because they're there, and I can! They look cool!!

For sale: Phantom 3-4K with many many extras

Anyone care to share any cool decals?stickers on their Phantom? No wraps.

S
Hello from Australia, I am seeking information about Phantom 2 controllers