DJI PHANTOM 5 - Why This Drone Will Never Happen

You suggest Phantom users wanting an updated replacement with a good camera should look at the Inspire.
Have you seen how big the travel case is for an Inspire?
Or compared the cost of a Phantom and an Inspire with X5 or X7 cameras?
The Phantom has a huge price and portability advantage over the Inspire.
The Inspire is not a suitable replacement or upgrade.
Toggle signature
See my aerial portfolio at http://abovephotos.smugmug.com/AP/
Reactions: lasersbee, LARA images and droningandmore
F

Your theory that the P4 frame is obsolete and has no market will be tested, starting today, with the re-introduction of the V2.0. We can watch and see how sales go and that will give us all the answer to that point.
You predict the P4 frame is dead and I predict it will sell very well. Smaller isn't always better. Better is always better.
Reactions: LARA images

The fact that so many are still interested in viewing his P5 video should tell him that the market is still there. The Inspire is too big and expensive for pros that don’t use it that often. I need a drone for occasional aerial real estate photos and, rarely, real estate video. Mostly I take photographs from a tripod because that is what my customers want, but for the few times when they want drone work I need a drone with the best camera I can get. Today it is the P4P for me, but I’m always looking for a better camera with great stability in the $1500 (US)-and-under range.
Toggle signature
Part 107; real estate videography; retired from IT career
R

You make some very good points, and thank you for sharing them so articulately. Both flockshot and Keith Mitchell made some very good points too. My customers (that tend to be older like I am) view the Mavics as being more "consumer" oriented. There is little basis in fact for that view but they are the ones paying the bills. My vision of a Phantom 5 would be retractable landing gear, interchangeable affordable cameras along with more solid communications between the controller and uAS. At my age it is pretty clear that nothing stays the same!!

price is a factor in all models going forward, that is one reason they came with spark and now mini.

What appealed to me about the p4 when I entered the hobby was , before add on accessories, the cost was around $1000. There is a magic price point, and obviously many consumers want the smaller form. I want both, I love the p4 and its ruggedness and have been tempted to get a mini for the simplicity and size.

Sorry, but the stability of a Phantom in windy conditions is way better than any Mavic. Gimbal is better, etc.

I have a P4P, but agree with most comments in the video.

It's simple, guys. Look at how DJI have released new drones over the last few years:

Look at Phantom 4? It was given the update to 4 Pro (additional sensors) and then the v2.0 with slightest differences to motors/props and a clip to ensure battery was always inserted and clipped in correctly. Other than that, the only difference was adding a controller with built in display. Despite a batter camera sensor on the P4P, the newest and breakthrough drone tech is being released on subsequent Mavic models year in, year out. Why? Wouldn't it make more sense, for example, to sell a mass amount of drones for 'general and new' users, like the Mavic Mini, which was designed to effectively bypass a lot of country's drone laws? Their job is to maximise profits and sell the the biggest market for more sales. I don't see how they can achieve that with a new Phantom despite the odd comment above about it being heavier and hence steadier...well as the OP said in his video, if you want steps up in these categories for camera choice/quality/stability - there is an inspire you could buy.

That's not to see there's no market for P4P and hence a P5, but it's shrunk. it's that small - that commercially, it doesn't make much sense to mass produce to cater to. Mavic 3 (or M3P), if/when it comes out should basically own the P4P, as it's multiple years younger and should have all the new tech that DJI are pumping into their newest lines.

I just compared the specs of both drones. It shows a Mavic Pro 2 as a better drone. I own a P4P and a Mavic air. I like to film surfing and I need a quick, agile, stable drone. The Mavic air is a disaster for that..

Is the Mavic Pro 2 as stable as the Phantom 4 Pro? I hate when I have to pull the break and change directions while filming and the drone and gimbal destroy the image because of tilting, etc.

My P4P has a gimbal issue now and I am a bit uncertain about which drone to buy as a replacement (as a big fan of the P4P!)...
C

The video is entirely from a hobbyist/recreational user point of view. I just bought a P4P V2.0 for my commercial drone business. Sure I could have bought a Mavic 2 instead. The P4P is proven, better stability in high winds, V2.0 has more efficient ESCs and motors, longer flight time, better video transmission system. It works great for my use. Downsides to the Phantom platform are it's not as compact, and harder to transport. However I have a case that lets me transport my Phantom with the props on, and getting it in the air is not any more time consuming than for a Mavic 2. The Autel Evo has upset DJI's apple cart, and they sent the Mavic 3 back to the drawing board to better compete with it. The Mavic 3 will change everything. The only reason to continue the Phantom series after that will be a removable lens camera, which will add weight and reduce flight times. the technology keeps getting better and the market determines which way these products go.
Toggle signature
Chris
Phantom 4 Pro V1, V2, Inspire 1 V2, Zenmuse Z3 and Z5 cameras
Scenic Chattanooga, Tennessee
Reactions: gppms

droningandmore said:
I am a bit uncertain about which drone to buy as a replacement (as a big fan of the P4P!)...
Click to expand...

Look into the Xdynamics Evolve 2 for a serious successor to the Phantom 4 pro. (but not the original Evolve though).
They have a video version coming out next month and are working on a 20+MP stills version but I haven't found any release data for that.
If it's as good as the advance material suggests, that's the direction I'm going. 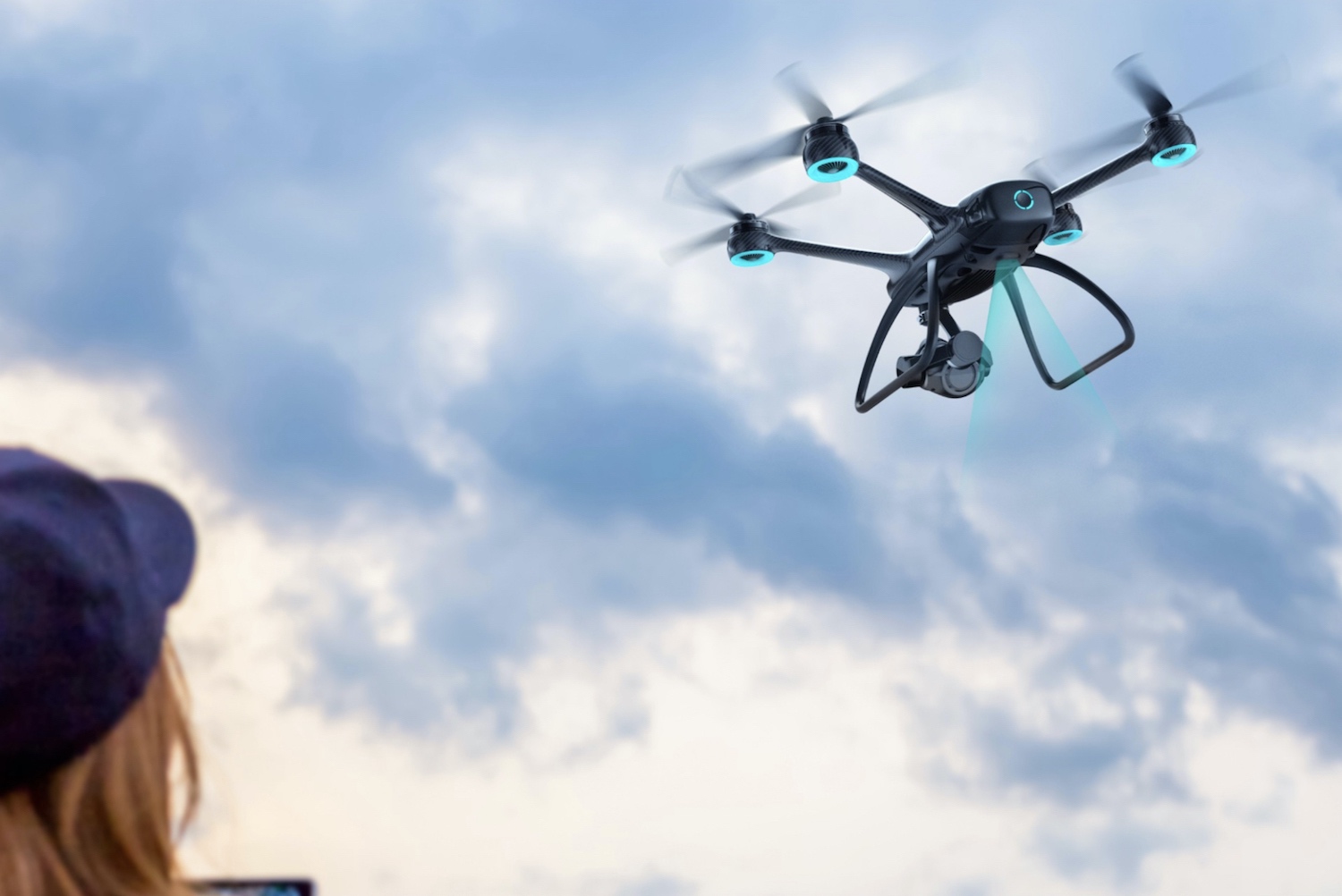 Nice.. but pricey. Also no side facing obstacle sensors, but that's not a deal breaker. Camera looks awesome, but they don't have any info on the lens yet, or who makes it, apart from the sensor. Drone technology is making big strides, which is good for us. It'll be interesting to see what camera will be on the Mavic 3 later this year.
Toggle signature
Chris
Phantom 4 Pro V1, V2, Inspire 1 V2, Zenmuse Z3 and Z5 cameras
Scenic Chattanooga, Tennessee

cjc1103 said:
Nice.. but pricey. Also no side facing obstacle sensors, but that's not a deal breaker. Camera looks awesome, but they don't have any info on the lens yet, or who makes it, apart from the sensor.
Click to expand...

The camera has interchangeable lenses and accepts several different micro four thirds lenses.
The drone is a little larger than a Phantom but can still fit in an airplane overhead locker.
It's a pro drone aimed to compete with the Inspire but costing less and being more portable.

Meta4 said:
The camera has interchangeable lenses and accepts several different micro four thirds lenses.
The drone is a little larger than a Phantom but can still fit in an airplane overhead locker.
It's a pro drone aimed to compete with the Inspire but costing less and being more portable.

I wonder if it can use outside apps like Pix4D. It looks like a really cool, capable drone.

I think the mavic series are taking over people like the portability but I could be wrong but my self I do.
D

I like the look of the mavic but they arent heavy enough for the wind I fly in. I flew my phantom 3 in 45 mph wind and it was barely able to stand that and phantom 3 weighs 2 and a half pounds
Reactions: droningandmore

Drone Freedom27 said:
I like the look of the mavic but they arent heavy enough for the wind I fly in. I flew my phantom 3 in 45 mph wind and it was barely able to stand that and phantom 3 weighs 2 and a half pounds
Click to expand...

Estimates of wind strength are very often inaccurate.
If your Phantom was up in a true 45 mph wind, in Sport Mode, it might just hold position but it could not move forward against the wind.
In P-GPS mode, full speed with Obstacle avoidance disabled, it would be blown backwards at 9mph.
But no-one is going to be launching a drone in a 45 mph wind anyway.
You would have a hard time facing into the wind and the drone would be blown over if you attempted to launch.

There's a lot more than weight to wind resistance.
The Mavic series have a smaller profile and surface area to catch less wind.
The Mavic 2 pro and the Phantom 4 pro have the same top speed in Sport Mode, so they should have approximately equal ability to deal with winds.
Toggle signature
See my aerial portfolio at http://abovephotos.smugmug.com/AP/
Reactions: droningandmore

IMHO, the only advantage of Phantom 4A/Pro if we compare with M2P, is the global/mechanical shutter. And it is important only with quite limited field of drone usage - a.e. mapping/3D modelling (because the drone travels a bit during the rolling exposition, and the precision suffers). For the wast majority of other usage cases, the benefits of global shutter aren’t that important.
I would like to disagree with stability concerns (M2 vs P4) - I’we flown with most of the drones DJI produces (because of my work specifics) from Mavic mini to Matrice and 600s series, and, from my experience, there’s no reason at all to say, that P4 is more stable than M2. Yes, it’s weights more, but it has more lateral aerodynamic drag due the bigger (taller) size of AC (M2 is much “flatter” shaped).
In order to benefit from bigger size/mass, the P5 should have bigger/heavier/more advanced camera. So, for today, the P4 series is more focused on enterprise usage (P4RTK and P4 Multispectral), and, for non-enterprise end users, there’s very little to hope in Phantom form factor. So, better to see the development of Mavic top range models (Inspire 3 will cover the upper end of photo/video needs).
But, ofc, time will tell us
Reactions: Meta4

Drone Freedom27 said:
I like the look of the mavic but they arent heavy enough for the wind I fly in. I flew my phantom 3 in 45 mph wind and it was barely able to stand that and phantom 3 weighs 2 and a half pounds
Click to expand...

Something I also love about my P4P