There are airports all over where I will be flying, B to E. It occurred to me might not be a bad idea to have a CTAF radio for monitoring traffic around the smaller airports.

Any inout is appreciated as would be any recommendations regarding brand/model.
Reactions: ianzone

Can't you use any police scanner that has the aircraft band?

Cool, I looked at it on the web.

Not good for my area, I will play with it when I'm in an area!
I will pass it along when I can. 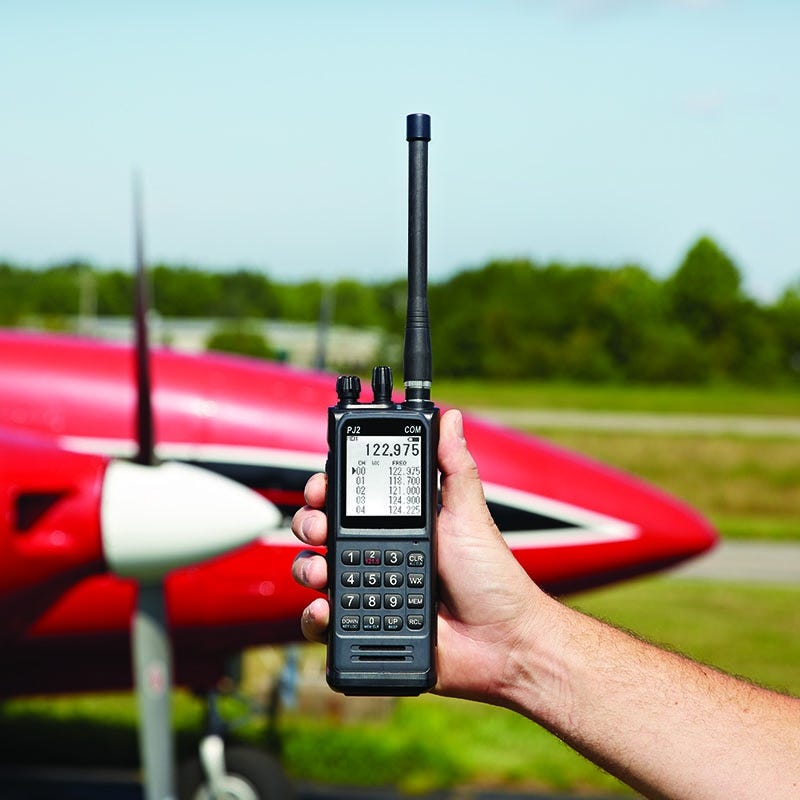 Portable airband radio with built-in headset plugsAn emergency is no time to be searching for an adapter for your handheld radio. The PJ2 is the only handheld aviation radio that can be connected to standard aviation headset plugs (twin PJ plugs) without using a special adapter. The simplicity...

I don't see a need to monitor radio traffic unless you are flying near an airport without a control tower (hence CTAF). CTAF is used by pilots to self announce their position and intentions around uncontrolled airports. If you are flying around uncontrolled airports I would mark up a map with circles at various distances such as 1 mile, 2 miles and keep your altitude low within those distances. How low? Take a look at the FAA maps which show altitude restrictions around major airports to give you an idea. Airplanes normally fly at least 1000 ft agl until they get close to the airport which is why the FAA restricts drones to 0 feet ort 100 feet close in.
You must log in or register to reply here.
Share:
Reddit Pinterest Tumblr WhatsApp Email Link