Got bored and packed in the flying on Sunday, while I still had one battery left.
As I got back to the car, I could hear the sound of petrol/nitro/whatever models, and saw some guys had some R/C boats on another part of the lake. Went over there, and then asked if they'd like some aerial shots of them.

One was really bummed, as he couldn't get his running, but the other happily fuelled his back up and put it in for a spin.

I'm no expert at chasing moving objects, especially when I have no idea which way they'll move, but wasn't too unhappy with the results, and when I emailed them a link to the stills I'd grabbed from the video, they were thrilled and want to meet up again.

Anyway, if you're feeling REALLY adventurous you can crank the playback right up to 4k. RoyVa said:
Nice shots and you did a pretty good follow me on that boat. They move pretty fast.
Click to expand...

The water was mirror smooth at times, and yet he had quite a bounce going at times. If he hadn't been having problems with the trim, I think he'd have given me quite a challenge speed wise. He was having to scale back to stop the bounce.
I actually nearly overflew him a few times early on, as I'd expected him to be much faster. But with the trim set right, and full stick, I reckon he'd fairly scream across that lake. Be interesting to see if the P2 could keep up. What's the top speed of a fuel powered R/C boat?
Toggle signature
CASA Certified RPAS Pilot up to 20kgs.
Flying a Carbon-Fibre-Effect Hydrodipped DJI Phantom 2, carrying a GoPro Hero 4 Black, on an H3-3D Gimbal, getting Vtx from an ImmersionRC 600mw via FPVLR Clover leaf, to an FPVLR 5 Coil Helical and Spironet Fat Shark antennae, on a 32ch Black Pearl 7" monitor.

With that mirror for a surface, it looks like you were a few minutes away from an beautiful sunset.
Toggle signature
DJI P1, DJI P2 H3-3D, DJI P2V+, DJI P3P
DJI MPP, DJI Spark, DJI M2P
...uncalibrated, low on battery, and beyond VLOS.
Reactions: Ezookiel

I was really lucky to have a battery to film them. I normally fly till all 5 are dead, but this time I flew 4 of them and packed up to go with one full one left, so I had something to use when I found them there. But I stretched that one last one down to 21% when it looked like the second boat might get going. I'd normally land at 25% and this is a battery I don't trust, so I rarely take it below about 30% and even rarer that I take it over water. This was quite a calculated risk.
I'd have loved to get a great sunset, and I did give some thought to turning off for a few minutes and then powering back up if a good sunset did appear, but I'm glad I didn't, because the sunset wasn't all that great..
Toggle signature
CASA Certified RPAS Pilot up to 20kgs.
Flying a Carbon-Fibre-Effect Hydrodipped DJI Phantom 2, carrying a GoPro Hero 4 Black, on an H3-3D Gimbal, getting Vtx from an ImmersionRC 600mw via FPVLR Clover leaf, to an FPVLR 5 Coil Helical and Spironet Fat Shark antennae, on a 32ch Black Pearl 7" monitor.

Photos and Video Today at 10:58 AM
Harleydude

P
Standard Why has my R/C gone haywire!?

How to storm chase with your Phantom 4 series drone. 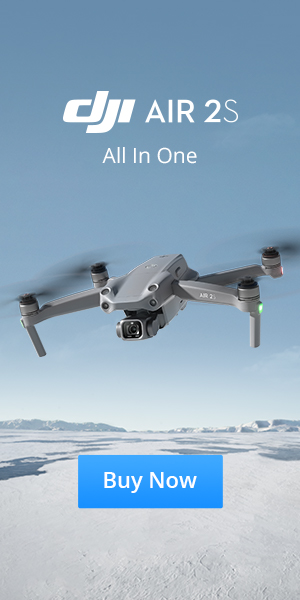