Believe me I done as much research on this but I keep getting mixed reviews. It goes to 2KM distance, runs on higher frequency then the standard wifi (not as good as lightbridge i believe) around £600 for all of this. Looks good but other reviews are saying it's like the P3S and that's something I don't really want to go back to. No offence at all for any standard owners, but for me wifi vs light bridge is a major difference 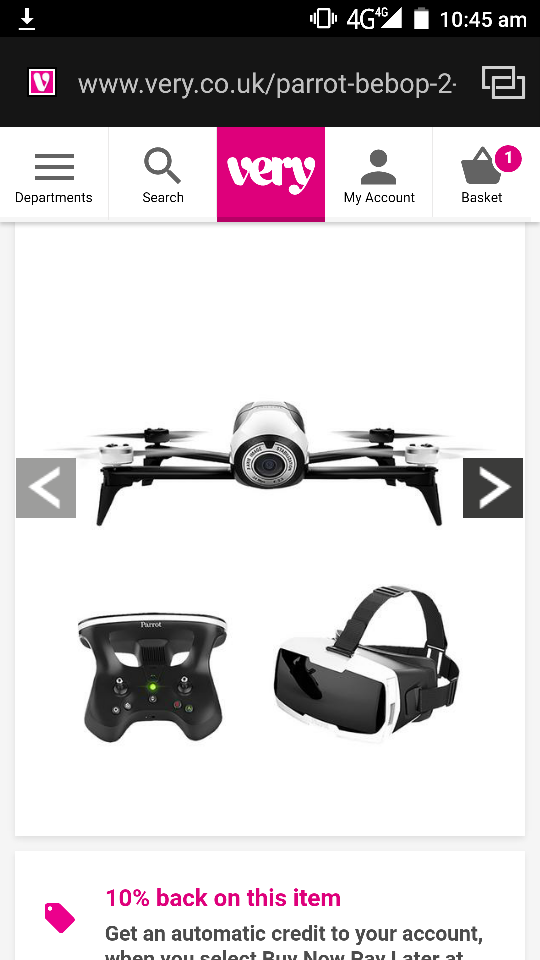 I would be of the opinion that it depends what you're after. I had a Bebop, it flew away inexplicably one day. In the time I had it, it was fun to fly (my first 'real' quadcopter) but the images were not good. It's digital stabilisation meant only a small part of the image was used, and the result was never better than poor quality images. It's small and pleasant to fly though and easy to carry about. The P3A is a 'real' quadcopter, but pretty much the bottom of the range, so missing all the good stuff, but a much better filming platform, and the photo capability is a world better than the Bebop. It's bulky too, relatively speaking.
The Bebop is a top of the range toy, and the P3A is the bottom of the range real UAV.
Reactions: Neon Euc

I agree, definitely P3A is much further ahead, there is no comparison.

Bebop 2 can't handle winds and tries to fly away. It's a great toy for parks. P3A defeats it in all areas of performances.

Thanks for the feedback everyone. P3A it is then